Start a Wiki
Logres is a kingdom that covers most of the south of Britain.

When the Romans came they conquered all of the lowlands, and when they departed the local tribes were left in command again. Throughout much of the island the local lords became independent kings, but here they continued to cooperate and maintain some unity. The eastern regions, once ruled by Saxons, reverted to their pagan beliefs.

Logres has a variety of counties, duchies and other regions. The following map shows their location and some major cities. 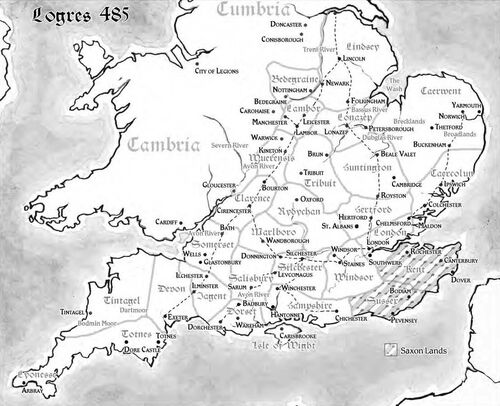 Retrieved from "https://kingarthurpendragon.fandom.com/wiki/Logres?oldid=5118"
Community content is available under CC-BY-SA unless otherwise noted.